How to Spot Poor Research by Newspapers

The quickest way to get some facts and figures to support a breaking news story is to make them up or to concoct some high-level statement that feels accurate. Whilst inventing supporting facts or concocting statements might not be great journalism, for a journalist, they're preferable alternatives to missing a deadline. And, who's going to check?

Poor research by the news media is often a result of time constraints. There are, however, other causes of poor research, including a raft of biases that affect how our news is compiled. 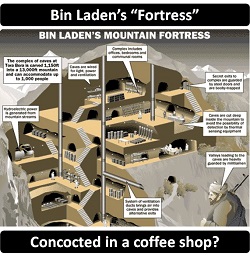 After the London riots in 2011, a number of political commentators asserted that the youth of today were less law-abiding than the youth of 20 years ago and linked it to a general decline in morals across the country. Well, what does less law-abiding mean? Is this comment just referring to London or does it apply to the whole of England, or the whole of Britain? Terms like law-abiding and morality are difficult to put numbers against. How do you measure them? Well, a starting point might be to determine what is meant by youth (e.g., under 18) and to check whether the youth crime rate has increased in the last 20 years per head of population. However, that would take some real investigation, and a journalist with a looming deadline linked to tomorrow's print-run may not have the time to do the work. Instead, a generic statement (or news bite) that the journalist feels is right gets woven into the article. News bites based on intuition often trump research.

For me, this idea always brings to mind a TV interview during which a senior police officer was getting a grilling for a recent spate of stabbings in London. The officer – who had clearly done his homework – repeatedly told the reporter that, in spite of the recent events, knife crime had been trending downwards for years and continued to do so (which the officer attributed to a range of police initiatives). The reporter wasn't listening, and he repeatedly harangued the officer for a lack of police action. To me, it looked obvious that the news bites on knife crime that had been circulating in recent weeks had trumped all research. At that time, if you'd asked anyone whether knife crime in London was up or down, it would have been hard to find anyone who thought it was reducing. In the public's mind, the easy-to-recall news headlines were creating Availability Bias and trumping the real figures. The point is this: Be pretty suspicious of the statistics you see in the papers, and don't believe everything you read. There are some notable news media biases.

On slow news days, papers will sometimes use articles that have been spoon fed by companies' or charities' public-relations departments. So, a headline like "70% increase in ice-cream sales over the heat wave" will probably have originated with a phone call from the ice-cream sellers' corporation. A 2001 study in Australia found that over 40% of the "news" in their newspapers was fed by PR departments. It's not news. It's advertising. Such articles are lazy journalism. 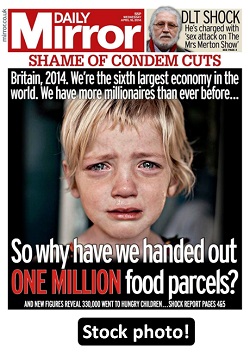 Another thing to be wary of is news articles that give an overtly one-sided view. Sometimes news is not news but an agenda. There are plenty of pernicious journalists and columnists out there with an obvious bias towards an objective. Environmentalists are a great example. One of the broadsheets uses a senior member of Greenpeace to write articles. "Excellent", I hear you cry – someone who has a good grasp of the issues. Well, that's undoubtedly true, but it in no way translates to unbiased journalism.
"A newspaper consists of just the same number of words, whether there be any news in it or not."
(English novelist and dramatist Henry Fielding, 1707–1754)
Help Us To Improve
Please tell us using this form