Many of those who need to influence the public are highly proficient at using comparisons to make their assertions more powerful. Their tricks include: 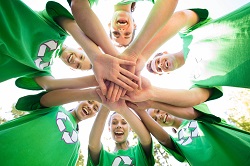 In 2010, Greenpeace attacked the Indonesian conglomerate Sinar Mas with the claim: "an area one third the size of Belgium has been deforested since the 80s." In the same attack, Greenpeace stated: "...over the next 150 years, the company's plantations on peat land will emit twice the annual Greenhouse Gases (GHG) emissions of Germany". Without the time spans, these two statistics are far less emotive. The first could read: "Each year across Indonesia, 1% of the area of Belgium is deforested." The second could read: "Each year, the peat lands will emit 1.3% of Germany's GHG emissions." (It must be said the time span of "150 years" is not a random number. It is the number of years deforested peat land will emit GHG if left to dry out.)

When someone presents a statistic that looks as though it's designed to influence, I would advise closer scrutiny. You may find that the underlying facts themselves are questionable. In the case of this argument, Greenpeace suggests the GHG impact by deforestation is 18–24%, but others – with no apparent agenda – assess it as 6–8%.

Beware of the "Yardsticks"

Why did they choose Belgium? This is also part of the emotive reporting. Belgium covers 30,528 sq km, but Indonesia covers 1,904,569 sq km. If they had used something the same size as Indonesia, the result would have been less "impressive". Belgium is small but well known. It sounds bigger than it is. And why Germany? Well, that was also carefully selected in this statistic. Germany is big, and it's renowned for being industrially active, but its GHG emissions are impressively low.

It's a good idea when presenting statistics to use values that people can understand. Telling people sizes in "football pitches" as opposed to hectares is useful, or, for big areas, using a comparison like "the size of Wales" is also useful for British people. However, when those presenting statistics start using seemingly random descriptors (like Belgium and Germany), be mindful that you're very likely looking at statistics that are designed to be emotive. They're meant to influence not to inform. 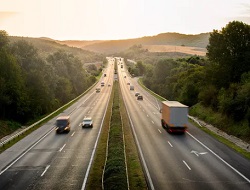 Of course, this is a technique you can use to add impact too. The trick is find something that creates the impact you want due to public perception as opposed to fact. Here's an example. In Britain, the M1, M2, M3 and M4 motorways are 194 miles, 26 miles, 59 miles and 190 miles respectively. It's easy to see how using the M2 in a comparison might be more effective, especially for people who live near the M1 or the M4 and who don't know much about the M2. They'll just assume it's a comparable size to their local motorway. Even if they don't, I doubt they'll realise it's about an eighth as long. It's not lying. It's just a careful selection of comparators for impact. Spot these comparators or employ them...whatever works for you.
Help Us To Improve
Please tell us using this form