What Is Obfuscation Fallacy?

In Critical Thinking, the Obfuscation Fallacy is allowing an incomprehensible view to affect decision-making.

Don't make a decision after someone presents you with a load of confusing factors. If you do, you will have committed the Obfuscation Fallacy.

The Obfuscation Fallacy (also called the Empty Words Fallacy) occurs when someone adopts a position after hearing, or presenting, an argument containing unnecessarily complex language that either impresses (when it shouldn't), confuses or deceives. "To obfuscate: to make obscure, unclear or unintelligible"

An Example of Obfuscation Fallacy

Here is an example of deliberate obfuscation:
"I cannot say that I do not disagree with you."
(American comedian Groucho Marx)
It allows you to say "you're wrong" but leaves your victim thinking you said "you're right".

Deliberately clouding the message to help press home a point or to avoid answering a difficult question means you are committing the Obfuscation Fallacy. But, falling for the argument due to a clouding of the facts means you're guilty of committing the fallacy too.

Obfuscation is not, in itself, a logical fallacy. It can only be described as a fallacy if it forms part of an argument. Here's an example. Firstly, without the obfuscation:

Lee: "Swans can be black or white. Jack is a swan. Therefore, Jack is white."
Mark: "I disagree. Jack could be black." 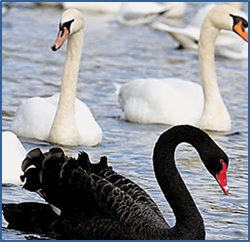 Here is the same argument with obfuscation:

Lee: "Whilst the pigment particles embedded in some swans' plumage will reflect the vast majority of electromagnetic radiation from ~700 nanometers to ~400 nanometers, the plumage and structures in others' feathers will absorb a high proportion of the wavelengths perceivable as white light. Jack is a swan. Therefore, Jack is white."

Mark: "Yeah, whatever. Sounds like you know your onions."

A Practical Application for Obfuscation Fallacy

If it suits you, obfuscate like crazy if it's the only way to negotiate an obstacle impeding your progress. The best and easiest way to obfuscate is to present lots pages of detailed work on a subject that isn't the decision-maker's top priority. He won't read it. This significantly improves your chances of the decision-maker being governed by his status quo bias (and allowing the current situation to continue unchanged) because that's the easiest thing for him to do, and he'll think it's reasonably safe.

This is great news if you want the decision-maker to do nothing (e.g., not cancel your contract). However, if the status quo being maintained doesn't suit you (e.g., you need him to write you a new contract), then you would do well to notify the decision-maker of the dangers of continuing without you before obfuscating about what you bring to the party. It's an underhanded strategy, but if the benefits you bring are not that strong, you might want to think about it.
"The secret of life is honesty... if you can fake that, you've got it made."
(Comedian Groucho Marx)
"If you can't convince them, confuse them."
(US President Harry S Truman)

Another Practical Application for Obfuscation Fallacy

"Nothing cuts through obfuscation cleaner than a brutal word limit." 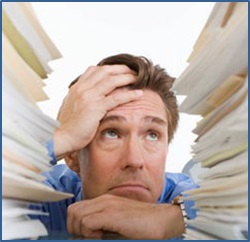 If you have an important decision to make based on a long document that you don't understand or haven't got time to read, tell the author to get it all on one page. Not two pages. One.

If you think someone has adopted a position without fully understanding the facts due to obfuscation (or someone is deliberately using obfuscation to cloud factors in a pending decision), tell them they have committed the Obfuscation Fallacy.
Help Us To Improve
Please tell us using this form