What Is Gamblers' Fallacy?

In Critical Thinking, the Gamblers' Fallacy is predicting a random event based on previous random events.

Don't think you can predict a random event based on what's happened in the past. That's the Gamblers' Fallacy. Remember, a random event means it's random every single time.

Gamblers' Fallacy occurs when someone predicts the outcome of a pending random event based on previous random events.

An Example of Gamblers' Fallacy

It can't be a red again 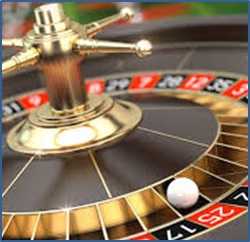 The most common example of Gamblers' Fallacy is predicting that the ball on a roulette table will land on red next because the previous few numbers were black. The truth is that the next number is equally likely to be black. It's a 50/50 (if you don't include the green zero) at all stages of the game. The history is irrelevant.

A Practical Example of Gamblers' Fallacy

Hey, here's a plan. Let's go to the roulette table and keep betting on black. If it's red, we'll keep doubling our money until a black appears. We can't lose.

Actually, that's true. You can't. But, to make it work, you need a lot of nerve and a lot of money. This is because every time the ball spins, there's only a 50% chance of a win (actually, it's slightly less because of the green 0), and when you keep doubling a number you get to very large numbers very quickly.

Below is a legendary story that relates to that last idea.

Long, long ago, an Indian king challenged one of his subjects to a game of chess and lost. Prior to the game, the king had told his subject (who was also a good mathematician) he could have anything he wanted if he won. Having won, the subject asked for rice. More specifically, the subject wanted one grain of rice on the first square of the chessboard, two on the second, four on the third, eight on the fourth, etc.

The king was a little upset at the request because he had promised his subject "anything he wanted", and he thought the request would amount to less than a sack of rice as opposed to the bags of jewels and gold he had anticipated. [No, king, it actually amounts to 18,446,744,073,709,551,615 grains of rice.] However, the king soon learned that even if he sold all his national assets, he did not have enough money to buy the rice needed to fulfil the subject's request. [In fact, he would have needed about 210 billion tons of rice, enough to cover the whole territory of India with a metre-thick layer. What happened next is disputed. Some versions of this story say the subject was punished and some say he became king. Some cultures tell this story with wheat and not rice.]

Anyway, if you're planning to go to the casino with this "great" plan, remember, it's based on a Gamblers' Fallacy that has been committed by lots of people before you.

If you think someone has forecast the outcome of a future random event by factoring in the results of random events in the past, tell them they have committed the Gamblers' Fallacy.
Help Us To Improve
Please tell us using this form