What Is the Isolation Effect?

In Critical Thinking, the Isolation Effect is the tendency to overrate something that stands out in a group.

Easy Definition of the Isolation Effect

Don't act solely on information because it stands out from the crowd. That's the Isolation Effect.

Academic Definition of the Isolation Effect

The Isolation Effect (also known as the Von Restorff Effect) is the tendency to recall something that stands out in a group and afford it more weighting than its peers. It is named after German psychologist Hedwig Von Restorff, who first documented it in 1933.

An Example of the Isolation Effect 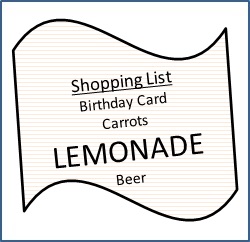 Things that stand out are easily remembered. That's the Isolation Effect. For example, an item on a list that is a different colour or size is more likely to be remembered than the other normal-looking list items. This happens regardless of the importance of the information. Imagine you went shopping but left your shopping list at home. If "lemonade" were written in large red letters on your list, you are more likely to remember it than the other normal-looking but more important list items, like "beer". It's a pretty basic idea, but it can be employed to good effect.

Another Example of the Isolation Effect

You remember it because it's different 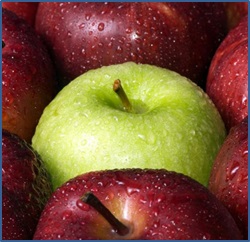 If I were to ask you what the letters were tomorrow, you'd probably say "SF". If I asked what any of the numbers were, you'd be more likely to struggle. This happens because the letters stand out from the crowd. (And it happens without you imagining "Sam Fox" standing on your doormat. I'll explain that in the next section.)

Something else quite interesting happens too, although it's not really related to the Isolation Effect. You are more likely to recall the numbers at the start (the primacy effect) and the numbers at the end (the recency effect) than those in the middle. For now, keep that idea in the back of your mind. It might just offer us a small "lever" to pull when trying to assert some influence.

A Practical Application for the Isolation Effect

Tattoo your CV on their retinas 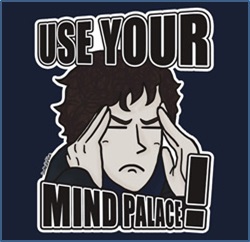 Memory recall is often achieved through repetition to consolidate ideas in the brain. It can also be achieved through forced association. For example, if you want to remember the word "badger", imagine one sitting on your doormat. Then, to recall "badger" just think about your doormat, and there will be a badger on it. This technique is called the "method of loci". Many stand-up comedians use the method of loci to remember jokes when they're on stage. They simply do a "mind walk" around their houses recalling all the triggers to their jokes, which they previously "mind placed" in the rooms.

Repetition and forced association are great techniques for remembering things. But there is one major flaw with them: they are techniques for helping you to remember your stuff. They are not useful for getting someone else to remember your stuff, and that's why it's useful to know about the Isolation Effect. You can use it to embed memories in other people's heads. It's a simple concept. Something that stands out from its surroundings is easily remembered and is therefore more likely to be processed in decision-making, regardless of its importance. So, to have your information remembered, there is some advantage to be snatched by presenting it differently from everyone else.

You will have to work out how this idea can be applied in your context, but here's an example we can all identify with: I see dozens of CVs for job applicants. I'll tell you this straight – I don't read them. Well, I skim-read page 1. The other pages get a five-second flash read at best. Compared to many others, I don't see that many CVs. Imagine how your CV is treated by a recruiter who sees thousands for hundreds of jobs. I reckon you have about nine seconds to make enough of an impression to survive the first sift. So, your CV needs to stand out enough to be selected and then remembered. You can't submit a CV on bright blue paper – there are etiquette guidelines you ought to operate within. But creating the Isolation Effect is still easy. Write a one-page CV. Everyone thinks you should write a one-page CV because employers are too busy to read a four-pager. That's not why.

The real reason you should write a one-pager is because no one else will. Almost no one presents a one-page CV, because they haven't got the bottle to leave out detail they think might give them the edge over others. So, because of how the Isolation Effect works, your unique one-page CV will give you far more of an "edge" than can be won with any page-2-level detail. You could also try this: Highlight your best job-winning line on the CV (e.g., underline, bold). You now have the Isolation Effect (the highlighted line) nested within the Isolation Effect (the one-pager). Of course, your one-pager will make you look confident and business like. And, by virtue of being a one-pager, every line is likely to be meaningful. But they're just by-products of the real win. Whether they like it not, the recruiters are going to remember your CV. You might as well have tattooed it on their retinas. It's that sort of edge that will keep you in the game. (If you wanted to highlight that you've deliberately presented a one-pager, you could write "intentionally blank" on the reverse side. That smacks of confidence too.)

Here's another idea. Present your CV close to the deadline. This will increase its chances of appearing at the start or the end of their pile, and that could give you another slight advantage due to the primacy and recency effects. I know we're clutching at straws, but every point in your favour (especially for no effort) is worth having.

Summary of the Isolation Effect

If you think someone is being overly influenced by a piece of information simply because it stands out, tell them they are being influenced by the Isolation Effect.
Help Us To Improve
Please tell us using this form