What Is the Halo Effect?

In Critical Thinking, the Halo Effect is the tendency to judge someone positively due to an unrelated positive trait.

Easy Definition of the Halo Effect

Academic Definition of the Halo Effect

The Halo Effect is the tendency to judge someone positively because of a known positive trait. This can occur regardless of whether the judgement is related to the trait.

An Example of the Halo Effect 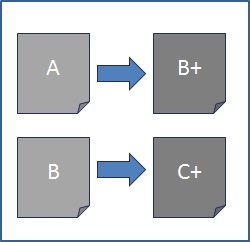 In this scenario, John retains the "halo" he earned on Monday, and it influences the teacher's judgement of Wednesday's work, which might only have been worthy of a C+. But, now imagine a scenario where John's Monday assignment was not as good, but the Wednesday one was unchanged. The following could occur:

In this example, the Wednesday assignment drops from B+ to C+ simply because the Monday assignment was not as good, i.e., John didn't earn a "halo" on Monday.

In the first scenario (the one with the A on the Monday), if Friday's homework were also C+ standard, the teacher might start to realise that John is not as bright as originally thought. However, at that stage, it's too late. The undeserved B+ achieved on the Wednesday has already been awarded. In effect, John scored well twice for just one piece of good work.

Another Example of the Halo Effect

Hey, you're good at darts. Who was last year's snooker champion? 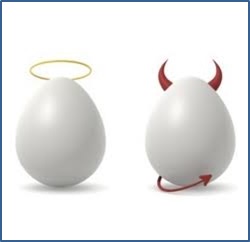 The other side of the coin to the Halo Effect is the Devil Effect. This is the tendency to judge someone negatively because of a known negative trait.

"The last thing I need is another podgy accountant."
"Never go to a doctor whose office plants have died."

Salesmen often fall foul of the Devil Effect when looking at potential customers. If you look like you've been sleeping next to the dustbin, some salesmen – particularly those selling luxury goods – are far less likely to engage you with any degree of enthusiasm. A few years ago, I spoke to a salesman who sold Porsches and Lotuses. Nowadays, he's a very successful car salesman, but it wasn't always like that.

Johnny, as he was called, told me it was difficult to spot a good prospective buyer. He said he had learnt that dress standards were not a good indicator of who was in the market for a posh car. Tuning his skills (or so he thought), he had taught himself to look at a person's watch and shoes as opposed to his general appearance, because these were a better indication of his wealth and buying extravagance. But, experience soon taught Johnny there was no meaningful relationship between someone's watch or shoes and his ability (or determination) to buy a Porsche. In his earlier days, Johnny was suffering from the Devil and the Halo Effect. He was virtually blanking those with a cheap watch, while expending all his energy on those with an expensive one. He said it took him 20 years of "reading" his customers' attire to learn that he should treat all prospective buyers the same. In other words, it took him two decades to counter the Halo and Devil Effects, but now that he has, his sales have rocketed.

A Practical Application The Devil Effect


A great service. Smiths arrived at 9 on the dot and saved me Ł114.
(Pauline Baxter, Exeter road) 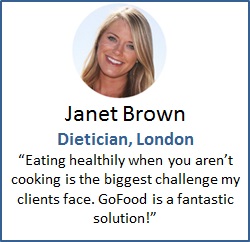 You can either walk about with a "halo" from your past activities or without a halo. If you're selling stuff, my advice is get yourself that halo. The most obvious way to do this is through testimonials from past customers. It might seem obvious, but lots of companies do not use testimonials. They should. The positivity of the testimonials – whether they're related to your pending sale or not – will help push your new customer over the "buy now" line. They're a good marketing ploy. But not all testimonials are effective. Remember, for the Halo Effect to work well, you need a really good score for your past activities. (Think back to John's "A" for his homework on Monday.)

The secret with testimonials is to publish ones that are as convincing as possible. Convincing is the key word here. If your testimonial says something like "Smiths is the best company in Plymouth by far (John, Plymouth)", the "halo" bleed-across will be far less than if you say something like "I save about Ł60 every time I use Smiths (John Draycott, Plymouth Sensors Ltd)". This is covered under using moderation and evidence to improve messaging. When people read your advertising literature, they will expect to see testimonials. For this reason, they won't notice the testimonials unless they smack them in the chops as being from real people. Ones that don't have that trait are ignored. Your readers have learnt to tune them out, just like they have the red "sale" signs in shop windows.

You might think a generic testimonial that means something to every future customer (e.g., "Smiths saved me a fortune") would be best, but that's not how it works. Specific testimonials are far more effective – even if they don't relate directly to the next customer. Remember, the Halo Effect works off the back of loosely related and even unrelated positive traits. So, a positive testimonial with believability is what you're looking for to create the biggest halo. Here's a quick guide on how to get the most out of testimonials:

Ask a happy customer for a testimonial and coach them to use real facts and figures in their words. Don't worry if it's too specific. That's a good thing. You're looking for believability.

Get their approval to use their real name and a photo of them.

Try to get a collection of testimonials that speak of different traits (e.g., timeliness, reliability, value for money) and double up on a couple of ideas, but don't display too many testimonials (five or six is good).

Make sure the benefits of doing business with you are clear, but try to avoid general statements.

If you think someone is grading something (or someone) too highly due to an unrelated or loosely related positive trait, tell them they have been influenced by the Halo Effect.
Help Us To Improve
Please tell us using this form