What Is the Endowment Effect?

In Critical Thinking, the Endowment Effect is the tendency to overvalue things you own.

Easy Definition of the Endowment Effect

Don't overvalue your things just because they're yours. That's the Endowment Effect.

Academic Definition of the Endowment Effect

An Example of the Endowment Effect

I love it coz it's mine 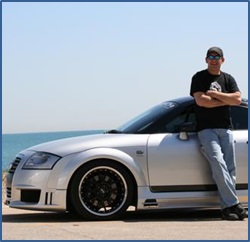 My mate's just bought a sports car. We've known each other for years, and I can't say he's really shown much interest in cars. But, now that he owns a sports car, he never shuts up about it. He's forever justifying the running costs and being dismissive of the lack of practicality. It's a great-looking car, but he never goes anywhere in it, because it's not really designed for taking things to places. For a start, it costs a fortune to fill up, and it pretty much uses a full tank to get you home and back to the petrol station. You can't transport any luggage in it. You have to empty your pockets just to get yourself in. Its primary role is to be the subject of blokes' pub chatter.

My mate was an intelligence analyst too. He understands the Endowment Effect, and he's the first to admit it's alive and well in his head. He knows if I owned the car, he'd be pretty indifferent about it. But I don't. He does. And he loves it…for that very reason. He values it because he owns it. When the water pump packed in, he paid nearly Ł1000 to fix it. A grand! He is fully aware that his "loss aversion" (i.e., avoiding losing the car) is causing him to accept the running costs. Nowadays, he couldn't bear to be without his rocket go-kart.

I like to think of the Endowment Effect as the reverse side of the "Fox and Grapes" coin. "The Fox and Grapes" is one of the traditional Aesop's fables. (Aesop was a slave and story-teller who lived in ancient Greece between 620 and 560 BC.) The fable goes like this: 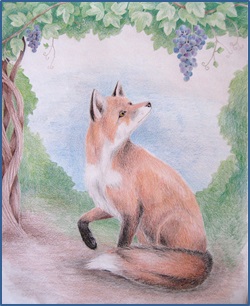 A hungry fox tries with all his might to reach some grapes on a vine, but he fails. As the fox walks off, he remarks: "Oh, you aren't even ripe yet! I don't need any sour grapes."

Incidentally, that's the origin of the term "it's just sour grapes". Anyway, Aesop told this story to teach people not to talk disparagingly about things just because they cannot attain them. Aesop spotted that people mentally tricked themselves into disliking the things they could not have to lessen the impact of not owning them. The Endowment Effect is the opposite of that. It occurs when people trick themselves into overvaluing the things they own. This could be to justify the cost of buying it, but that's not the whole story. It seems the act of ownership forms an owner-owned relationship in the mind of the owner, who will pay to keep the relationship intact.

Hey, hang on a sec. Maybe I'm being disparaging about my mate's sports car because I can't have one. Am I Aesop's fox? Nah, I wouldn't swap it for my car in a month of Sundays.

A Practical Application of the Endowment Effect

Double your chances of a sale with real magic 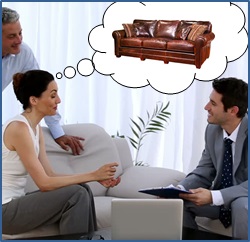 The Endowment Effect causes you to overvalue the things you own. That idea is simple, but also powerful. Salesmen routinely employ it to turn your cash into their cash. It's nearly magic. Here's how it works:

The Endowment Effect can take hold before you actually own something. "Ownership" can occur as soon as you start to imagine yourself as the owner of the object. And this is how salesmen get you.

For example, when a shop states you can take the sofa home for a week to try it before buying, the salesman knows exactly what he's doing. He knows that once you've got the sofa home, you will develop an attachment to it. Once you are slouched in it at home with your feet up and with a glass of wine, you "own" it. As a result, its value will increase in your mind. This is the Endowment Effect at work. Suddenly, you're willing to pay the price of the sofa because you don't want to lose it. You are in loss-aversion mode.

In fact, the effect kicks in before you've even got the sofa home. As soon as you start to imagine taking it home, your "ownership" of it has started. Here's an example:

If a TV salesman says "Where you would put such a large TV in your living room?" or "This TV would transform any room into a modern-looking one", he's initiating your feelings of "ownership" towards the TV. You start to imagine it in your house, and you start to value it more. Once those feelings are set, you'll pay not to "lose" the TV. Suddenly, your living room without that TV is starting to look a bit drab. So, your brain is being attacked from two angles.

You want the benefit of the TV. We know that. But now you also want to avoid losing the TV with which you've started to form the owner-owned relationship. With two forces working on you (push and pull), you are more likely to step over the "buy-me" line. In fact, your decision to buy the TV ought to be based on just one force: the "push" force of the TV's benefit to you. The "pull" force you experience through fear of losing a TV you've never owned is real sales magic.

If you think somebody is overvaluing something because they own it (or is imagining themself owning it), tell them the Endowment Effect is causing an overly emotional strong bond to the object.
Help Us To Improve
Please tell us using this form