How to Read Legs and Feet in Body Language

Leg and foot movements, like much of your body language, are a legacy linked to the "fight or flight" decisions that animals, pre-humans and humans have been making since time immemorial. In other words, your legs and feet still react to events without conscious thought.

The Fight or Flight Instinct 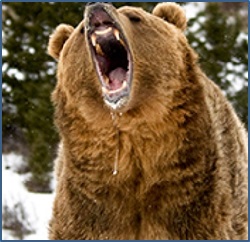 In times of danger, our brains instinctively tell us to either freeze or, if required, run to safety. Freezing might not seem like a sensible response in times of danger, especially given that humans aren't exactly masters at blending with their environments and the old dinosaurs-can-only-detect-movement idea must be well out of our system by now. But it can be. When on a patrol in Northern Iraq, our man on point (the person leading the way) suddenly froze. We all did the same. It seemed like a very natural response, and, on this occasion, it was a potentially life-saving one. Our point man had seen a group of Kurdish separatists patrolling towards us. Like us, they froze when they saw our patrol. A somewhat awkward pause followed, before both patrols moved off in different directions. Freezing makes you feel like you're reducing your profile (noise, visibility, movement, aggressiveness) and allows you to take stock of the situation. It sometimes feels right. If either patrol had run, the chances of that encounter escalating into a fire fight would have increased markedly. Our instincts and their instincts caused us both to behave in our best interests.

Legs Give Away Thoughts

This freeze or run instinct is at the heart of why our legs and feet reflect our feelings. If the eyes are a window to the soul, then the legs are the signposts to what you are thinking. People are far less guarded about how they position their legs during a conversation than they are with other parts of the body, so leg and feet positioning is usually a good cue that you can add to the cluster of cues you're trying to build up. 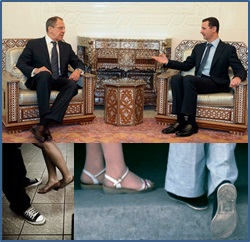 When you're having a conversation with someone, if their feet point towards you, then there's a fair chance they like you, is interested in what you're saying or agrees with you. If, on the other hand, their legs and feet point away from you, it is often an indicator they want to be somewhere else. It's almost as if they're already walking away from the conversation. If they do this with just one foot, it should also be added to the mix of cues suggesting they don't want to be there. Similarly, if they're seated with their hands on their knees with their weight shifted forward, they are mentally already standing up and preparing to be somewhere else.

The trick is to see this happening and to use it to your advantage. For example, if your boss is adopting these types of positions, get to the point quickly and exit. Remember, your boss is probably not that interested in what you've got to say. Just accept that, and stop yourself being a bore. When commanding soldiers, I was not good at hiding when people were boring me, but lots of them were equally bad at realising they were boring me, despite my fairly unsubtle body language (like reading emails while they were talking). Those close to me actually presented me with a table-tennis bat with "1 minute" written on one side and "Now go away" written on the other. The plan was I held it up mid-conversation when people had outstayed their welcome. 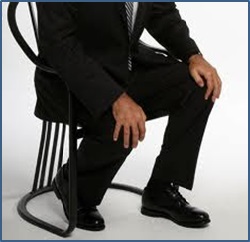 Obviously, I never used it – that would have been far too rude. But, for the sake of retaining their own credibility, those people ought to have read my signals before I started blatantly ignoring them. If your boss rolls their eyes and shakes their head as you leave their office, you've probably not done yourself many favours. See the signs and get out early. You'll look businesslike, and they'll appreciate it.

This can also apply to things like job interviews when you're trying to impress. If the interviewer's feet are pointed towards you, there's a good chance they're interested in you and you're making a good impression. Keep it up. If their feet turn away, you might need to start improving your answers or change tack. (But don't stare at their feet throughout the interview.) 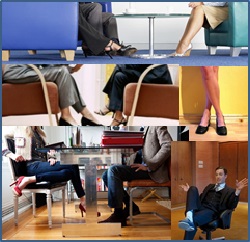 It's not all about fight or flight. Feet can also reflect happy emotions, which they usually do by springing up and down. It's the root of the term "jump for joy". As an adult, you are more socially restrained, but children, like dogs, will literally jump up and down with happiness (just tell a six-year-old he's off to Disney World to meet Mickey Mouse and watch), and there remains an inner child in all of us. As a result, we may not bounce up and down in our seats, but our legs will jiggle up and down (not to be confused with nervous or restless bouncing), and we will point our toes upwards when happy or excited.
Key Point:
You're looking for several indicators that suggest the same thing.
Remember, most body-language movements don't just mean one thing. Many (like leg jiggling) are indicative of differing emotions. It's all about context. For example, nervous leg jiggling will probably occur at a time when you would expect it to (e.g., during a briefing or a reprimand), and it will probably coincide with another body-language movement that manifests itself when people are nervous, like neck touching. You're looking for a congruence of indicators that all point to the same thing.
Help Us To Improve
Please tell us using this form