Reading the Face in Body Language

How to Read the Face in Body Language

From the smile of a parent to the frown of a teacher, we've all been trained to respond to people's facial expressions since birth, and the face is usually the first place we look when establishing communications with someone. 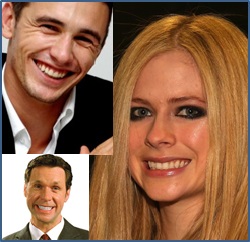 People make snap judgements based on facial expression, and this judgement affects whatever is being said, especially in terms of its gravity and believability.

Remember that we're talking about facial expressions. We're not talking about how someone looks. Judging someone by their looks is a form of divination called anthroposcopy. It is related to the Halo Effect, which ensures that a person's positive or negative traits bleed across onto other things. It's also the reason why attractive people receive more attention than others (Good Looking People Bias).

While many consider anthroposcopy to be mumbo-jumbo, few argue that facial expressions can underpin or undermine whatever is being said and give strong clues as to what the person is thinking. The good news is that you're probably already excellent at reading the signs. (You will instinctively know that tension and nervousness are shown by furrowing the forehead, squinting the eyes and lip compressions. You will instinctively know that disagreement and aversion are shown by pursing the lips, crinkling the nose and rolling the eyes.) The bad news, however, is that you're probably not great at masking these signs. When you're in autopilot mode, your face will give you away. It takes real practice to spot when your autopilot mode will let you down and when you should engage in a bit of acting or facial-expression suppression. That might be harder than you think though because of micro-gestures.
"The face is the mirror of the mind, and eyes without speaking confess the secrets of the heart."
(Saint Jerome, AD 347-420) 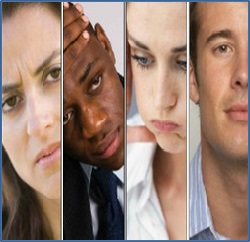 Micro-gestures are the small twitches that flash across your face. They are extremely difficult to mimic or prevent consciously, but they can be read if you keep an eye out for them. The trick is not to be blinded by larger gestures. When a smile is genuine, it will usually be accompanied by a micro-gesture around the eyes (crinkling of the skin around the eye area). This "smiling with your eyes" is difficult to mimic, so the absence of this micro-gesture could offer a clue that the smile was faked. Disdain is another feeling that can be detected with the micro-gesture of a lightning-fast smirk.
"Your mouth is saying yes, but your eyes are saying no."
Help Us To Improve
Please tell us using this form