What Is Status Quo Bias?

Don't think carrying on as normal is a safer or better option than introducing some change. That might be Status Quo Bias.

Status Quo Bias is favouring decisions that maintain the status quo (i.e., the existing state of affairs). Those affected by this bias choose not to divert from established behaviours unless there is compelling incentive to change.

An Example of Status Quo Bias

Sticking with your current service providers 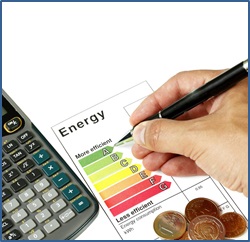 Lots of people reading this will know there are cheaper gas, electricity, telephone, TV, internet, and insurance packages out there, but they won't bother switching to them. Why? Well, for a whole range of "good" reasons. Perhaps they can't be bothered. Perhaps they don't want to be tied into a contract. Perhaps they'll have to change their email, which will affect their contacts and internet logins. Perhaps the service won't be as good, e.g., perhaps the gas or electricity supply won't be as reliable. Perhaps something will go wrong in the switchover. For most of us, these shouldn't be big enough concerns not to make some savings on our monthly bills, but that's exactly what they are when magnified by Status Quo Bias.


Status Quo Bias "tells" you to keep the current state of affairs for two reasons: By sticking with the current state of affairs, you are in fact making a decision. But, because it's a default of deciding nothing, you don't feel as though you are. As for avoiding the consequences of a bad decision, that could be a fair point. However, you might also be losing out on some benefits. Doing nothing might be a good option, but it's not always the safest or best course of action:
"If we don't change direction soon, we'll end up where we're going."
(Professor Irwin Corey)
Status Quo Bias is linked to the Endowment Effect and Negativity Bias, which make you place more weight on negative impacts than benefits. Those suffering from Status Quo Bias often cannot see the benefits because they are too fearful of the negative impacts.

There is another factor at play too. Humans are inherently programmed to automate processes (e.g., their work routines), and when change is pending, our brains naturally resist it to ensure the automated process is not affected.
"Nothing will kill your business quicker than the we've-always-done-it-like-that attitude."
(Anon)

Act now to avoid a tragedy 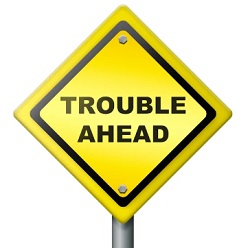 In decision-making, our brains are tuned to give negative impacts more weight than positive ones, and this is at the root of Status Quo Bias. Therefore, if you're trying to influence someone to change, it would be a good idea to plant some danger along their "status quo" path (i.e., highlight some negative things that will happen if they do nothing). This is likely to be more effective than trying to coax them off their current path just by throwing benefits at them. In other words, employ a bit of stick as well as carrot.

For example, if you can say something like "your current service provider is about to increase its prices and we're cheaper," you've given them something negative to think about...and they will.

But, what if you can't think of something bad to say about the competition, or if it's inappropriate? Well, you could look to target the decision-maker more directly with a negative idea. Doing nothing can often be seen as the lazy or cowardly option. If you can convince the decision-maker that doing nothing will paint him in that negative light to others, he is far more likely to tackle his own Status Quo Bias and be more amenable to change.

Your inactivity suits me just fine 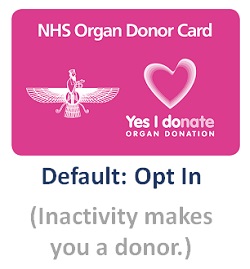 I once worked as a consultant to government department for about a year. The team leader for our small group of consultants was called Mel. Mel was highly proactive, but even she couldn't weave a path through the bureaucracy, hierarchical stove- piping, information overload and email gridlock that exists in so many public departments these days. Her constant battle was finding someone with the authority and time to make a decision that would allow our team to get on with its work. But, Mel being Mel, she found a solution to overcome this problem. Whenever she had an audience with a senior decision-maker, she would make it clear that if he didn't intervene by a certain date, her team would start work. In other words, she gave him an "opt out" decision to make instead of an "opt in" one. She'd learnt how to navigate her ship through bureaucratic treacle. Inspired.
"Bureaucracy defends the status quo long past the time when the quo has lost its status."
(American educationalist Dr Laurence J. Peter, 1919–1990)
The moral of this story is simple. Whenever possible, make sure the "do nothing" path of those you're trying to influence leads to your goal.

If you think someone is showing an unfounded preference for avoiding change, tell them their inclination to maintain the current state of affairs is influenced by Status Quo Bias and is irrational.
Help Us To Improve
Please tell us using this form