What Is Self Serving Bias?

In Critical Thinking, Self Serving Bias is accepting responsibility for positives but not negatives.

Easy Definition of Self Serving Bias

Don't try to snaffle all the praise for good things or overly divert blame for bad things. That would be Self Serving Bias, and those you're trying to convince will spot it easily.

Academic Definition of Self Serving Bias

Self Serving Bias is taking credit for positive outcomes or to lay blame elsewhere for failures. There are two main motivations that lead people to act in this way:

An Example of Self Serving Bias

I know you've been training, but I had a slower car this week 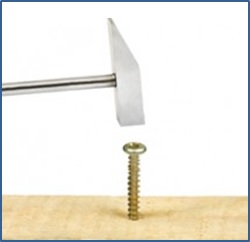 A simple example of Self Serving Bias would be the friend who wins at the go-kart track and says: "The karts are all the same, but I am just a better racer than you guys." His assertion is designed to boost his image among his friends.

If the same person were to lose the race, you might hear: "Hey, I would have easily won that race if my kart wasn't so lousy." This comment is designed to preserve his self-esteem. Self Serving Bias is related to the Better Than Average Bias, which occurs when people believe they perform better than the average person, particularly in areas important to their self-esteem.

A Practical Application for Self Serving Bias

Tell her I'm a great kisser 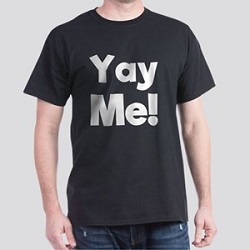 You might not have called it "Self Serving Bias" before reading this section, but you'll still have been pretty good at spotting it. We all are. We are naturally suspicious of people who tell us how good they are and people who blame others or their tools for poor performance. This quotation captures the idea that there is little benefit in praising yourself:
"Don't discuss yourself, for you are bound to lose; if you belittle yourself, you are believed; if you praise yourself, you are disbelieved."
(French writer and sceptic Michel de Montaigne, 1533–1592)
But what about if someone else praises us? That could work. And do you know what? It does!

Scenario 2:
"He is a great footballer."
"Is he? I would never have guessed."

So, if you can engineer a situation whereby someone else praises you, that's going to be far more believable than praising yourself. It's why testimonials work so well (see The Halo Effect).

This idea is a big factor in how Google's search engine works. The positioning of your website after a Google search depends largely on how many other sites have linked to you (i.e., they're praising you). The number of sites you've linked to (i.e., you internetishly gobbing off) is irrelevant to your own Google position. Google uses this because they know that others' praise is far more credible than your own. It's how they eliminate Self Serving Bias.

So, if a mistake happens on your watch, have someone else tell your boss it wasn't your fault. Not only is he more likely to believe someone who isn't you, there's a bonus: your silence on the issue will look like broad shoulders and a willingness to accept responsibility. It's a double win. Similarly, if you do something good, have someone else tell your boss about it. The praise will fall squarely on your shoulders, and it will look like modesty on your behalf. Another double win.

Don't get caught using proxy messengers though. If you do, you're toast. 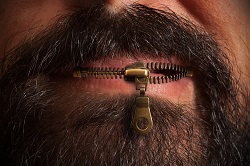 The best proxy messengers are the ones who act of their own accord, i.e., without you and them being in cahoots. How do you create these doing-it-off-their-own-bat proxies? Well, it's a slow process. Just be a good honest person, and they will materialise like a chorus of fairy godmothers. All you have to do if your standing is high enough is refrain from wading in to defend or praise yourself.

Summary of Self Serving Bias

If you think someone is overly praising themself or defending themself to protect their self-esteem or to improve their social standing, tell them they're displaying Self Serving Bias.
Help Us To Improve
Please tell us using this form