What Is Reactance Bias?

In Critical Thinking, Reactance Bias is deciding to act solely to demonstrate your freedom to do so.

Don't adopt an alternative view (or do something different from what was requested) just to show you're your own boss. If you do, your decision to do that will have been affected by Reactance Bias.

Reactance Bias is doing something different from what someone wants you to do in reaction to a perceived attempt to constrain your freedom of choice. Reactance Bias can occur when you feel pressured to accept a certain view and can lead to a strengthening of resolve for an alternative view, regardless of its relative merits.

"Don't take the wrong side of an argument just because your opponent has taken the right side."
(Spanish prose writer Baltasar Gracian, 1601–1658)

An Example of Reactance Bias

Don't tell me not to jump off a cliff 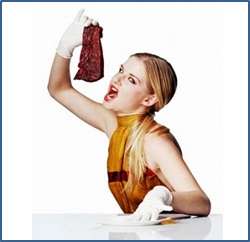 During the late 90s, Britain was struck by an outburst of "mad cow disease," or Bovine Spongiform Encephalopathy (BSE). It is a disease that turns cattle's brains to mush, and we were told it could be contracted by humans, if they ate BSE-infected meat, in the form of a fatal brain disease called variant Creutzfeldt-Jakob disease (vCJD). In December 1997, the British government passed a law banning the sale of beef on the bone because scientific research showed it carried the highest risk of being infected with BSE. One of the items outlawed was T-bone steak, which is a cut from near the cow's spinal column (where BSE tends to be found).

You would think everyone would support that law, wouldn't you? But no. For lots of people, it was an unacceptable shackle on their freedom of choice, and they overtly broke the law by publicly eating T-bone steaks. At the time, that did not look like a very bright decision. It was Reactance Bias at play.

Other examples are riding motorcycles without helmets, driving your car without a seat belt and even smoking. People have pushed back against laws banning or adverts denouncing these activities, despite the benefits, because they object to having their freedom of choice curbed.

A Practical Application for Reactance Bias

Keep smoking to reduce my taxes 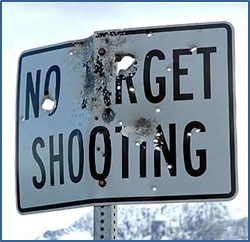 Most people have heard of "reverse psychology," and this can be an effective tool to influence. Parents do it all the time. For example, if a child is being fussy at dinner, many parents have trained themselves to say something like "leave your fish fingers but eat your chips." The parents might not know it's called Reactance Bias, but they are using the child's Reactance Bias to ensure the fish fingers are eaten.

If you think someone has chosen a specific action just to demonstrate their freedom of choice, tell them they're displaying Reactance Bias.
Help Us To Improve
Please tell us using this form