What Is Omissions Bias?

In Critical Thinking, Omissions Bias is judging inactivity that causes damage to be acceptable.

Don't think that doing something bad is any worse than keeping quiet and allowing it to happen. If you decide to let the bad thing happen by keeping quiet, your decision will probably have been affected by Omissions Bias.

An Example of Omissions Bias

It's a great little runner

Imagine you're selling a car, and you know the engine is on its last legs. When the prospective buyer turns up, you have a choice: Obviously, the right thing to do is Option 1, but what about Option 3? Surely, that's not as bad as Option 2. If that's what you believe, you're suffering from Omissions Bias. Remember, the plausible deniability afforded by Option 3 does not make it a just action. 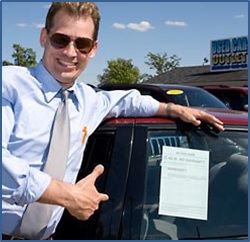 This bias is particularly prevalent in car sales, where sellers believe the mantra "sold as seen" offers them some sort of legal protection. Let's all be clear on that — it doesn't. If you knowingly sell someone a dangerous car, you're liable for prosecution. If you knowingly sell someone a faulty car, they're entitled to a refund. Of course, you can plead innocence or ignorance, but that's not what this bias is about. It's about understanding how your brain tries to trick you on a morality issue. Not talking about the faulty engine is as bad as lying about it. You might unknowingly have suffered from Omissions Bias, but the judge won't take that into account. You would, as covered in Catholic teaching, be guilty of a sin of omission.

Another Example of Omissions Bias

Campaigns prosecuted by the more radical environmentalists often produce messages that are full of biases, making them interesting from a studying-biases perspective.

To avoid political and commercial interests influencing their direction, most environmentalists like to maintain financial independence from governments and corporations. Instead, they are dependent on individual donors like you and me. At first glance, that policy suggests environmentalists have avoided bias infiltrating their campaigns, but, in fact, their reliance on the public's donations means the opposite is true.

The environmentalists' fundraisers know what brings in the money. They know their donors like to protect trees and save animals. As such, they have learned to present their version of the big story by telling small, personalized stories that their donors can empathize with. In particular, they have learned to exploit the appeal of animals, and they have become proficient at presenting statistics to influence. So, in their efforts to present scenarios that cause the public to donate, the environmentalists nearly always play some parts of the debate far too hard and deliberately omit others. As a result, their reporting is nearly always far too emotive and overly simplistic. In short, their words are designed to elicit support, not to cite facts. And they're very good at writing those words. In their messaging to the public, they almost always fail to acknowledge the other side of the story, and they rarely recognize any efforts towards greener practice by their targets until their targets capitulate. 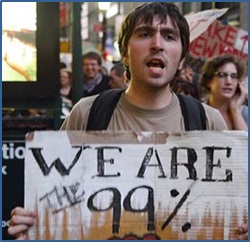 The executives and the campaign managers of the green organizations fully understand the arguments, and they routinely engage behind the scenes with the heads of the corporations they attack, from a far more balanced standpoint. However, that's certainly not the standpoint they present to their activists and the public. Therefore, the executives' belief that the activists are performing public misdemeanours (e.g., blockading shops, throwing paint, placing stickers on products and draping banners) of their own accord is tainted by Omissions Bias.

In lots of cases, the executives are deliberately omitting some of the facts so their activists feel a compulsion to act. With all the facts on the table, the activists might not be such willing participants.

It's an understandable strategy for the environmentalists. If they told their stories impartially, they'd be toothless news organisations.

A Practical Application for Omissions Bias

If it's broken, say so

Understanding Omissions Bias will help you to defend against yourself. The example about selling car with a defective engine is related to a real-life experience. When I discovered orange sludge in my car's water reservoir, I took it to a mechanic who told me the head gasket was on its last legs. The car still drove fine. I put an advert in the local paper saying "Car for sale. Drives fine. Needs a new head gasket" and adjusted the price accordingly. It was snapped up by a local car tinkerer who sold cars from his house. Three days later a young married couple rang me out of the blue and asked if I'd sold the car to a Mr Jones (that was literally his name – I lived in Wales at the time). I told them I had. It turned out he had sold them the car within 24 hours of buying it off me but had failed to tell them about the head gasket, which he had wiped over with cloth (that was nice of him). Unfortunately for him but fortunately for them, they'd chanced upon my advert in the local newspaper.

I had considered doing the old "sold as seen," but understanding that would have been Omissions Bias tainting my judgement, I came clean about the head gasket. Mr Jones didn't, and he was caught out. That situation got quite nasty apparently, with gatherings of irate brothers and uncles standing toe to toe. But, my understanding of Omissions Bias kept me out of the ruckus. 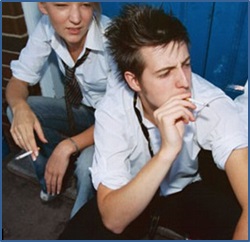 I'm not saying you should never keep quiet to allow an event to happen. There might be times when that's exactly the right thing to do. You might want to "give someone enough rope to hang themselves". With today's employment laws, allowing people to be themselves might be the only way to get rid of them. An employee who says "They knew I was going to steal that marble and didn't stop me" is probably not going to win much sympathy. Likewise, allowing a rival for promotion to give a presentation to the directors because you know he's rubbish at presenting is probably fair play – well, it's only a yellow card. (Going next after a terrible presentation is unlikely to do you much harm either.) Allowing something to occur by inaction will also afford you plausible deniability, and that might be useful on occasion. For example, not telling your mate who is smoking behind the bike shed that a teacher is coming. You might want to apply some "tough love" but retain your friendship.

If you think someone believes they're blameless because they allowed a bad thing to happen by keeping quiet, tell them their belief is affected by Omissions Bias and remind them that they're guilty.
Help Us To Improve
Please tell us using this form