What Is News Media Bias?

News Media Bias determines how the media covers stories. It is affected by factors such as attracting ratings, making money, maintaining a narrative, and covering stories that are easy to publish.

"The man who reads nothing at all is better educated than the man who reads nothing but newspapers."
(Third President of the United States Thomas Jefferson, 1743–1826)
This quotation is meant to entertain, and it obviously overstates the case against the news media. However, there is a lot of truth in the old adage "don't believe everything you read."

Here are some common biases affecting the news media: 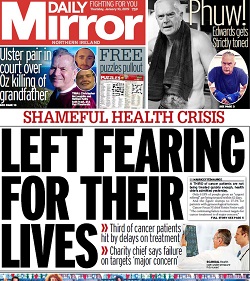 The first thing to remember when consuming news is that the news media is a business. It makes money from advertisers, whose payments are proportional to the number and quality of viewers it can reach. Public services (like the BBC) are not funded by advertisers, but they too need high viewing numbers to justify their existence. The bottom line is that the news media needs viewers. What attracts viewers? Interesting stories. Unfortunately, bad-news stories (e.g., conflict, crime, disaster) are far more interesting than good-news stories.
"For most folks, no news is good news; for the press, good news is not news."
(American journalist Gloria Borger)
This is related to Negativity Bias. As a result, the world looks a worse place when viewed through a news-media lens than it really is. 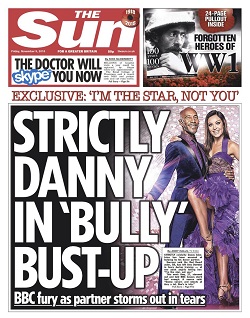 It is not uncommon when a country is at war for the front pages of its newspapers to be littered with trivial gossip about celebrities. This is because the news media needs to refresh itself constantly to keep itself interesting. The news media is biased towards the present. It knows that, in terms of attracting viewers, a breaking unimportant story outperforms an on-going important story.

Viewers like pictures, and the news media knows it. As a result, a filmable or photographable story will have precedence over one that isn't. Unfortunately, the things that govern our lives (e.g., politics, policy and laws) do not make interesting pictures – unlike the milk float that fell off a bridge onto someone's shed. 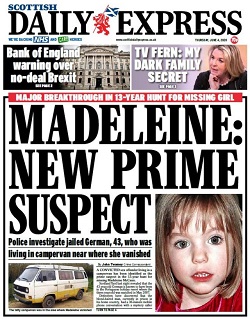 The news media likes stories. Ideally, a story should have some goodies, some baddies, a start, a middle and an end. If a news story doesn't have these components, journalists have a tendency to create them by forcing structure into the story or by tuning their language and coverage to demonise one of the participants. It gets worse. Once the storyline has been set, updates are forced into the narrative. After the story, the news media requires some time to lapse (what I like to call the "goldfish pause") before it can reinvent the participants in new roles. As a result, news that contradicts the storyline is less likely to be aired until after the "goldfish pause".

The act of trying not to be biased creates a bias. (No one said remaining impartial was going to be easy!) The journalistic code demands fairness in reporting, and many news media outlets manage this by trying to add balance to every story. In particular, this affects coverage on politicians and politics. To prevent being biased to one side, the media often seeks a reaction from the opposing camp. As a result, new policy always looks controversial and politics always seems contentious. New positive policies or announcements are routinely undermined by the media, who feel compelled to seek an opposing view, which might become more influential than it should by dint of its media coverage. 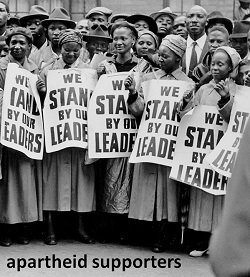 The BBC is so "fair", it often isn't fair, and its reporters and editors tussle with this idea constantly. For example, let's imagine that 99% of people think apartheid is inhuman and immoral and 1% think it isn't. A news programme covering this issue would present the idea as though it were a 50/50 debate (e.g., showing two street interviews with people against apartheid and two for). There is another dynamic at play: the workforce of the BBC is not representative of British society. A high proportion of the BBC's staff are way more liberal than the average person. As a consequence, the BBC's reporting tends to slant towards the views of the groupings within its workforce as opposed to the views of the country.
"The BBC is not impartial or neutral. It's a publicly funded, urban organisation with an abnormally large number of young people, ethnic minorities and gay people. It has a liberal bias, not so much a party-political bias. It is better expressed as a cultural liberal bias."
(Journalist and political commentator Andrew Marr)
Help Us To Improve
Please tell us using this form