What Is Negativity Bias?

Don't think bad things are disastrous. If you don't keep them in perspective, you're showing Negativity Bias.

Negativity Bias is giving more weight to negative experiences or information than to positive ones.

An Example of Negativity Bias 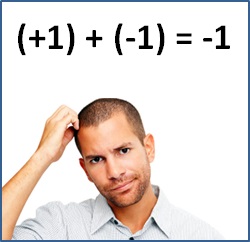 Negativity Bias affects all sorts of situations. If you experience something good and something bad at approximately the same time — e.g. someone gives you an underground ticket worth Ł3 and you drop your ice-cream worth Ł3, you are likely to feel bad, not neutral. This is not about your love of ice cream...or underground tickets. It's all about negative events being more powerful.

So, using the same example, you would feel bad and not neutral even if the events were reversed; i.e., someone gave you an ice-cream and you lost your underground ticket.


Interestingly, studies show that Negativity Bias reduces as people get older. The reasons for this are unknown, but I suspect it's linked to these ideas:
"Worrying works! 90% of the things I worry about never happen."

"If you want to test your memory, try to recall what you were worrying about a year ago."
Put simply, people realise over time that they've been giving too much emphasis to negative events. Also, being more self-aware, older people tend to accept criticism more readily.

A Practical Application of Negativity Bias 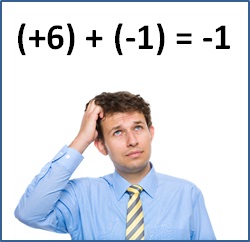 This page on agreeing, thanking and praising to exert influence, outlines the need to tread carefully when trying to influence. It discusses not slating your target's ideas but thanking him, praising him or agreeing with him, before influencing him.

This idea is linked to Negativity Bias. If you throw in one overtly negative point about your target, it is likely to have far more impact than you intended, and his defences might firm up. It is often said that negative comments are seven times more powerful than positive ones. Whether that's accurate or not, it does offer a warning to be careful about how often you make negative comments and how you word them.

In summary, be mindful of the extra "hidden" power that negative comments wield.

If you think someone has been overly influenced by something simply because it was negative, tell them they are suffering from Negativity Bias.
Help Us To Improve
Please tell us using this form