What Is Moral Credential Bias?

Don't think it's okay to do something wrong because you normally do the right thing. Your decision to do the wrong thing would be tainted by Moral Credential Bias, if you did.

Moral Credential Bias occurs when someone's history of making fair judgements gives rise to a sense of "free licence" in the future.

An Example of Moral Credential Bias

We are an equal-opportunities employer...sometimes 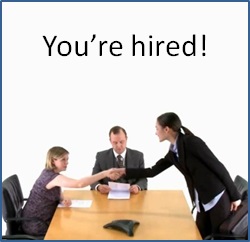 My mate used to work for a company that had a high turnover of staff. To combat this, they had regular recruitment rounds to maintain staff levels. They knew that women aged 35-55 were not only the most productive but also the most likely to stay on. But, being a good, law-abiding company, they did not discriminate. They were blind to sex, ethnicity, and disability during their recruitment. They displayed good morals. Well, most of the time. If time was tight and a worker was needed at short notice, the manager would tell the HR department to "find a middle-aged woman to fill that slot by Friday." Because the boss knew his previous moral stance had filled his company with the correct ratios of diversity, he felt he had done his bit and had free rein to do what he liked on such occasions.
"In institutions that do not feel the sharp wind of public criticism, an innocent corruption grows up, like a mushroom."
(German philosopher Friedrich Nietzsche, 1844–1900)
This quotation captures the situation quite well. Knowing he wouldn't face public criticism (because of his previous recruitment practice), the manager felt he had licence to do what he wanted.

Another Example of Moral Credential Bias

I once overheard a driving instructor say to his pupil, "I just work cash in hand these days. I've paid enough tax over the years."

This is a great example of Moral Credential Bias. Good practice in the past does give the green light for bad practice.

Defend yourself and others 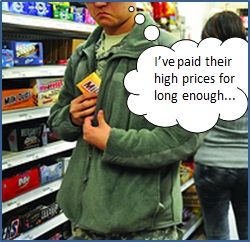 Understanding Moral Credential Bias is useful to help you counter it, either in yourself or in others. Remember, the idea that you're normally good is no defence for being bad.

"If you rob a bank once, you'll go to jail. You won't be let off for the nine times you didn't rob a bank."

If you think somebody justifies doing something wrong on the grounds that they feel they've accumulated sufficient goodwill, tell them their decision is influenced by Moral Credential Bias.
Help Us To Improve
Please tell us using this form