What Is Mirror Imaging?

In Critical Thinking, Mirror Imaging is rating others' views as you would rate your own views.

Don't expect others to behave like you. If you do, you are Mirror Imaging.

Mirror Imaging occurs when a person or a group is viewed through the lens of the analyst's own environment and experiences, rather than from theirs.

An Example of Mirror Imaging

Henry the dog and Dawn's lollipop 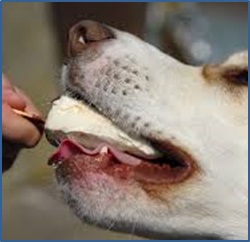 I was about eight when I first encountered Mirror Imaging. I didn't know its name then, but I knew it when I saw it. A young girl called Dawn was holding an ice lolly in one hand and to-ing and fro-ing on a swing. Sitting alongside her was Henry, a large, friendly dog. Henry's head was doing a "tennis crowd" as the lolly swung back and forth. "No", said Dawn, "it's not yours, Henry". But Henry's gaze was not averted. "Okay," Dawn agreed, "just a lick". I watched as she stopped swinging and offered Henry a lick. The obvious happened. Dawn lost the whole ice lolly to Henry's immediate acceptance of the offer. What happened? Well, Dawn thought the dog would act like her. She forgot to factor in that Henry was a big, hungry dog who was going to act like a big, hungry dog. I can now give Dawn's error a name. It was Mirror Imaging.

My Favourite Example of Mirror Imaging

Just 20 and newly graduated from Sandhurst (Britain's army officer-training academy), Second Lieutenant Johnny Foster was a good-looking, popular officer, who was fortunate enough to be posted to a base near the farm where he grew up. One Wednesday afternoon, he selected three of his favourite junior soldiers, packed them into his dad's reliable old Land Rover and headed off to a neighbouring farm for an afternoon of shooting rabbits. Upon arrival at his neighbour's farm, he told the private soldiers he would nip to the farmhouse to seek permission from Mr Gould to use shotguns on his land. Farmer Gould took a long time to answer the door but eventually did.

Farmer Gould hadn't seen Johnny for years, but he recognised him immediately.

Johnny asked for permission to shoot rabbits, and Mr Gould granted it immediately and eagerly pointed out the areas where the rabbits congregated.

"I'm an officer in the Army now. I've brought some of my men along to give them an afternoon off from painting the tanks."

Johnny started to head back towards the Land Rover. "Err, Johnny?" the farmer interrupted.

"I'm sorry I was such a long time answering the door. I was actually on the phone to the vet. Do you remember our Jackie's horse? Well, it's on its last legs, and it's in serious pain. The vet can't come out until Thursday to put it down, and I can't bring myself to do it. You must be used to killing stuff in the Army. Would you mind? Please? Here, use this in your shotgun. She's in the top field."

The farmer handed Johnny a special cartridge that would kill the horse instantly and showed him how to deliver the shot.

Obviously, Johnny hadn't killed anything before other than a few rabbits and pheasants, and he had to summon all his bravado to hide the overwhelming sense of trepidation and responsibility. Johnny returned to the Land Rover.

"I can't bloody believe it" said Johnny abruptly. "He said if we don't get off his land in five minutes, he's going to call the police."
"I thought you said he was a good friend."

"That's what I thought," said Johnny as he slammed the Land Rover into first gear and sped off towards the top field.

"Grumpy old sod," he said repeatedly as the Land Rover grew ever nearer the horse's field. All too quickly, they were at the field. "Right!" said Johnny, slamming on the brakes. "I'm not having this. Follow me." He grabbed his shotgun, jumped the gate and loaded the slug. His confused entourage followed. 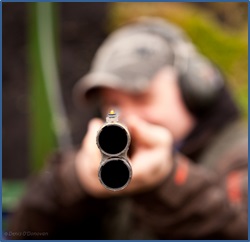 Without any hesitation, Johnny headed purposefully for the horse. "This'll show the old git". At point-blank range, Johnny lifted the shotgun to his shoulder and dispatched the horse instantly with a clean loud thwack.

Now, at this point, Johnny was expecting to explain to his shocked soldiers what had just really happened. However, it didn't turn out like that. Second Lieutenant Johnny was the one who was shocked. All about him, he heard the deafening cracks of shotguns going off as his soldiers began firing at the cows in the field. He managed to stop them quickly, but Farmer Gould lost a horse and two cows that day.

Johnny's mistake was that he presumed his soldiers would react like him, i.e., like officers. He failed to factor in that they had been trained to take their lead from their officers. Johnny had mirror imaged the soldiers in his assessment of how they would react to his prank.

Another Example of Mirror Imaging

Do you want a nice phone or a robust phone? 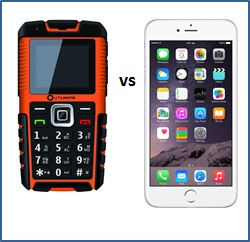 I remember a businessman from Wigan who invested heavily in manufacturing robust mobile phones after he'd managed to break two in three months. He was certain that outdoor types would all go mad for a you-can't-bend-it mobile phone. They didn't. He sold almost none. As part of his research, he'd asked questions like "Would you like a mobile that you can drop or get wet?" Thousands of people said yes. Well, they would. (See Biased Questions.)

Unfortunately, he'd created a meaningless survey and convinced himself that everyone was thinking like he was. His own assuredness that robustness would trump aesthetics and functionality was not well founded, and when he produced a phone that took a backward step towards "80s house brick" instead of a forward one towards "slim-line smartphone", no one wanted it. It was an expensive error.

How to Overcome Mirror Imaging

Set up a red team

It is important to avoid Mirror Imaging, because the assumptions on which you base your decisions about someone might be way off the mark. However, avoidance is difficult, because it requires you to see the world through someone else's eyes. There are two main methods:

If you think someone has factored in their own experience in determining how someone else will act, tell them they are Mirror Imaging.
Help Us To Improve
Please tell us using this form