What Is Hindsight Bias?

In Critical Thinking, Hindsight Bias is overrating a previously unknown premise when reviewing a decision.

After an event, don't think the event was more predictable than it was. That is Hindsight Bias.

Hindsight Bias is the tendency to think that past events were more predictable than they actually were.

An Example of Hindsight Bias 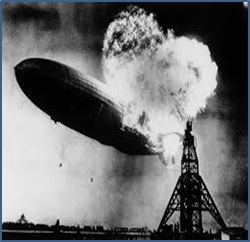 On the 6 May 1937, LZ 129 Hindenburg burst into flames as it attempted to dock at the Lakehurst Naval Air Station in southern New Jersey. Of the 97 people on board, there were 35 fatalities (13 passengers and 22 crewmen). One worker on the ground was also killed.

In hindsight, filling an 804-foot-long passenger airship with flammable hydrogen was a bad idea, but at the time such hydrogen-filled dirigibles (first developed by the Germans) were the fastest way to travel between America and Europe. They were considered miraculous as opposed to dangerous.

Nowadays, even someone with the most basic understanding of chemistry can accuse the designers of hydrogen-filled dirigibles of being thoughtless, but such an accusation would be tainted with Hindsight Bias. It is worth remembering that before 6 May 1937 virtually nobody questioned the safety of such airships.

Hindsight Bias is a difficult bias to counter because it is hard to unknow a fact that has recently become obvious.

Another Example of Hindsight Bias

Why would anyone need a telephone?

At a demonstration of the world's first telephones, an American mayor noted:
"I can see the time when every city will have one." 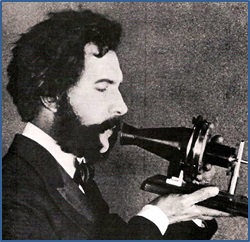 Back in the 1870s, his statement was probably quite insightful. There is certainly no evidence that anyone around him thought it was the massive understatement it is now known to be.

However, these days, the mayor's quotation is often upheld for ridicule. I find that quite unfair. Any recent jibes at the mayor are heavily tainted by Hindsight Bias. In fact, for the time, the mayor was being quite astute. The following quotation by another notable helps to give us some context of the era:
"This 'telephone' has too many shortcomings to be seriously considered as a means of communication. The device is inherently of no value to us."

Some Simple Examples of Hindsight Bias

"I just knew this game would go to penalties and Germany would win."
"No, you didn't. You put Ł10 on England to win."

"I just knew I'd pass the Applied Mathematics section."
"No, you didn't. You thought you'd failed it when you spoke to me after the exam."

A Practical Application for Hindsight Bias

Understanding Hindsight Bias ensures you don't label those who failed to spot the outcome as having poor judgement. This is important to ensure that the Devil Effect (related to the Halo Effect) does not occur in the future. In other words, by understanding that an event was genuinely unpredictable, you do not tarnish your analysts as poor judges based on one "bad" performance. There is a chance their prediction was sound based on what was known at the time, and they might actually be your best team to get the next prediction right.

Another Practical Application for Hindsight Bias

This is pretty obvious, but I've found it works. Being aware of the term "Hindsight Bias" is quite handy. It gives you something to say when your boss accuses you of failing to predict an event. You could – if your relationship allows it – suggest his accusation is based on Hindsight Bias, and then use the credibility afforded by that "scientific" wording as a platform to highlight what was known prior to the event. (Well, it's better than saying "Yeah, we know that now!")
"Hindsight is always twenty-twenty."

If you think someone is using knowledge known now to slate a decision made before the knowledge was known, tell them they are displaying Hindsight Bias.
Help Us To Improve
Please tell us using this form