What Is Distinction Bias?

In Critical Thinking, Distinction Bias is making too much of a small difference at the expense of other factors.

When comparing two similar things side by side, don't put too much emphasis on small differences that would make no real difference in a wider setting. That's Distinction Bias.

Distinction Bias is the tendency to view two options as more dissimilar when assessing them together than you would if you evaluated them separately.

An Example of Distinction Bias

Heinz Beans have got the edge 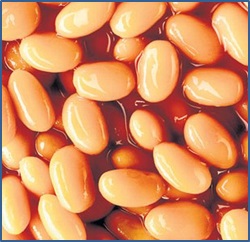 When things are compared side by side, they are often considered more dissimilar than they really are. That's Distinction Bias. Distinction Bias can magnify the near meaningless differences between two very similar things to the extent they become decisive in which one we choose. If this bias were removed, other factors (usually cost) would be far more influential in the decision.

An obvious example is the distinction between shop-brand food products and premium-brand ones. The discernible difference between the two is usually not worth the extra money. If the products were tested in isolation for taste, the difference would be negligible or undetectable for most people. However, the difference in cost is very noticeable for everyone. Therefore, the price not the difference in taste ought to be the decisive factor in which one we choose.

In 2010, Which? Magazine asked members of the public to try 12 types of beans including supermarket and economy varieties. Branston won. Asda Baked Beans came second. Morrisons Baked Beans came third, and Heinz came fourth. The Morrisons beans were half the price of the Heinz ones. This was just one test, but it points to the fact that most people can't differentiate between premium beans and cheap ones. Lots of people claim they can tell the difference, and that's their justification for buying the expensive ones. But, even if they can tell the difference and buy the expensive ones, that's likely to be a decision steeped in Distinction Bias. In this example, the cost ought to be the decisive factor. Those who buy the expensive beans should ask themselves whether the difference they can detect is worth the extra money. So, it's now not a question of whether there is a difference. It's a question of whether that difference is worth paying double for.

Another Example of Distinction Bias

I'll teach you to drive, dear 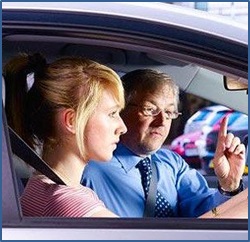 When family members teach each other to drive, World War III nearly always breaks out between the "instructor" and the pupil. One reason for this is Distinction Bias. As the instructor (let's say it's the husband) needs to start talking like an instructor, his conversation includes far more imperative sentences (i.e., commands) than normal. The pupil (the wife) detects the difference between the "normal husband" and the slightly bossier "instructor" husband. This difference might be unnoticeable to onlookers, but it causes the wife to respond to the perceived threat to her freedom of action (known as Reactance Bias).

In fact, other factors (e.g., the team spirit of being man and wife, the possible money saved by not using a professional instructor) ought to be bigger factors in how the "pupil" reacts. But it just doesn't work like that because Distinction Bias kicks in and the difference between the "two" husbands becomes overly influential. With a real driving instructor (i.e., one who's not a spouse), there are no differences to spot. They will use command-like sentences from the outset.

A Practical Application for Distinction Bias

Don't be tricked into buying things you don't need 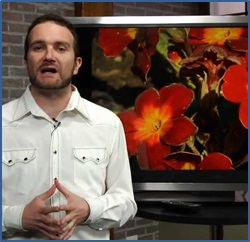 Small differences can cost you a lot of money. By understanding how Distinction Bias works, you are better equipped to work out whether the differences you're paying for are worth it. Imagine there are two TVs that are nearly identical in terms of functionality and look, but one has a better contrast ratio (the bit that determines how black the blacks are). The cost of the extra blackness might be an extra Ł200.

Now, I'm not saying extra blackness isn't worth Ł200. I'm just saying we ought to know exactly what our Ł200 is buying and make a decision based on that. But TV shops don't make it that easy for you. There won't be two TVs. There will be three. Well, three price bands. Due to the Compromise Effect (also known as the Goldilocks Effect because it tricks us into thinking the one in the middle is "just right"), you will be drawn to the middle price band. The challenge is to wash away all that Goldilocks stuff, focus on the differences between your options and then, being aware of Distinction Bias, determine whether those differences are significant enough in your life to warrant the extra cash.

If you're in the selling game, you can combine the Compromise Effect and Distinction Bias to herd your buyers towards your middle price band, where you can sell them marked-up goods that don't really do much more than the lower-priced stuff.

If you think somebody is making too much of a small difference when comparing things side by side, tell them they are being influenced by Distinction Bias.
Help Us To Improve
Please tell us using this form