What Is Contrast Bias?

In Critical Thinking, Contrast Bias is allowing one comparison to outrank other comparisons that ought to be made.

When ranking things, be sure to consider the whole group. You shouldn't rank something based on just one comparison.

Contrast Bias is promoting or demoting something in a large grouping after a single comparison with one of its peers.

An Example of Contrast Bias

Gather your least attractive mates together and go on the pull 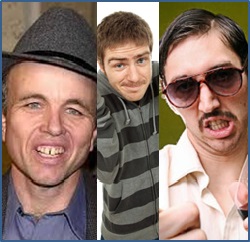 Average-looking people seem more attractive when alongside those who are less easy on the eye. Imagine an average-looking man was being scored for his looks. When judged independently, he might score 5/10. But, when judged alongside a less attractive person, his score would increase if the judge were suffering from Contrast Bias. And, it's likely the judge would be.

Contrast Bias is extremely common. In a bias-free world, the man would score 5/10 regardless of those around him. But we know it's not. So, if you're looking for love, it really is in your best interest to arrange a night out with a group of your not-so-aesthetically-pleasing friends. In effect, the average level of attractiveness of your group of friends is established as an anchor (see Anchoring Bias) against which observers make a relative judgement.

A Practical Application for Contrast Bias

I love this sales technique. In his book Predictably Irrational, Dan Ariely offers a great example of how The Economist created an advert to force readers to make a comparison that influenced their buying decisions. At the start, The Economist presented the following advert:

This advert saw 68% of buyers go for the $59 product and 32% go for the $125 one. Not happy with how their advert was performing, they then presented the advert below. It's the same advert but with a "decoy" added.

What they'd done is force the reader to make a comparison between the first $125 product and the second $125 product. Clearly, the second one was a much better offer. In the minds of the readers, that comparison trumped the real comparison they should have been making, i.e., the one with the $59 product. The sales then went: In other words, the decoy (the one in the middle) had caused a rise from 32% to 84% for the $125 product.

If you think someone is ranking something wrongly after making a largely irrelevant comparison, tell them they are suffering from Contrast Bias.
Help Us To Improve
Please tell us using this form