What Is Choice Supportive Bias?

In Critical Thinking, Choice Supportive Bias is overly protecting an early choice or decision. It also sees people giving too much weight to ideas that support the early choice and underrating ideas that contest it.

Don't defend a decision or exaggerate how good it was just because you made it. Either of those would be Choice Supportive Bias.

Choice Supportive Bias is the tendency for a decision-maker to defend his own decision or to later rate it better than it was simply because he made it.

An Example of Choice Supportive Bias

I told you it was the right decision 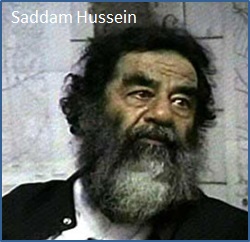 It's a fairly common view that George W. Bush made an early decision to have a fight with Saddam Hussein when the opportunity arose. The story of how the intelligence on Saddam's weapons of mass destruction (WMD) was handled (see Confirmation Bias) raises fair suspicion that the decision to go to war was a very risky one.

Admit you got it wrong earlier and limit the damage 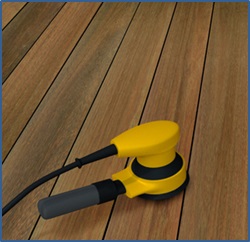 Choice Supportive Bias is really common, and it happens at all levels. Last year, I treated my garden decking with some clear decking oil. I had painted half before it became obvious that something wasn't quite right: the "clear" oil was giving a horrid "milky" finish.

It took me half of the next day arguing with myself to accept it was a mess. I spent that half of the day arguing that it would look okay once the rest was done, talking up the oil's wood-preservation attributes and convincing myself that it didn't look too milky. I was looking for evidence to support my decision to use a relatively expensive clear varnish over a cheaper colored one. Luckily, a more objective assessment of the decking situation saved me hours of work. Once I realised I was suffering from Choice Supportive Bias, I only had to sand the half I'd ruined back to the bare wood.
This is a common theme with biases:

"Being aware of a bias (including knowing its name) helps you counter it." 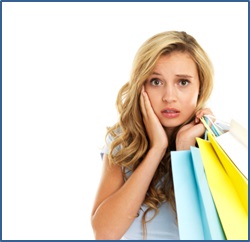 Everyone has made a decision and then regretted it. One common example is buyer's remorse (suffering guilt over an extravagant purchase or realising you've been overly influenced by a salesman). If you find yourself actively avoiding that regret by finding positives about your poor choice, then Choice Supportive Bias is at play.

Nobody likes to be accused of poor judgement, so defending decisions is a natural thing to do. Knowing not to defend a bad decision is important, but it's only half of what is required. The decisions and assumptions that influence your work should be routinely tested. Analysts are taught to bear this in mind:
"The fatal tendency of mankind to stop thinking about something when a decision has been made is the cause of half their errors."
(British philosopher J.S. Mill, 1806–1873)
Decisions are good. They help you move forward, but they should not be blindly defended or assumed to be forever correct once made.