What Is Better Than Average Bias?

In Critical Thinking, Better Than Average Bias is factoring in your own views too heavily.

If you're not as good as you think you are, you are suffering from Better Than Average Bias.

In decision-making and reasoning, this bias is caused by placing too much emphasis on a premise that you discovered or that aligns with your own views.

An Example of Better Than Average Bias

50% of people are below average 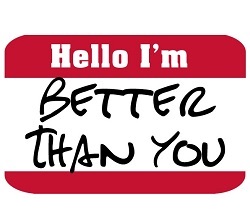 Half the people in the world are – by definition – below average, but few people classify themselves as such. Better Than Average Bias is the tendency to think you're better than you are and to afford your own views more credence than they deserve. Most people suffer from Better Than Average Bias. The obvious, egocentric explanation is that it makes us feel better about ourselves, so there is an element of vanity involved. But there is another factor at play. People are predisposed to give more weight to their own views because they can easily appreciate the factors that got them to that position. It is always harder to see things from other people's perspectives because they might weight the factors completely differently or have other factors you have not considered. As a consequence, their views will often look a little skewed to you, and your ideas will always seem better than average. It's part of the reason why you'll be confident in your general better-than-averageness.

Also, remember this. Your immediate peers are not the only people in your test group. Everyone else in the world is, including all the surgeons, lawyers, pilots, etc.

Another Example of Better Than Average Bias

There is a theory that it's easier to find favorable things about an individual than a group. (This includes when you are comparing yourself to a group.) This is quite understandable. After all, the favorable traits of a group are a difficult thing to think about. I mean, how generous were your classmates at school? It's hard to answer, isn't it? But, if you ask how generous was Sarah? It's easier. And, you're quite likely to judge Sarah as having above-average generosity. The problem is you'll also do this for John, Jane, Steven, and Paul. Judging people's driving ability is great example. Everyone I know is an above-average driver...definitely according to them (due to the added vanity effect) but also according to me (due to the individual-versus-group effect).

Compared to groups, the positive traits of individuals are more believable 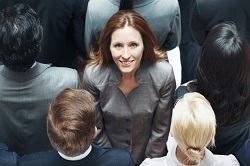 Instead of describing how great your company is, try describing how great the individual who would work with your client is (using evidence-flavored words.) If you do this, your attempt to sell the excellence of your service will bore deeper into your client's conscience. (You can still weave in some stuff about your company for context.) So, this is the usual gumpf you read in business literature and on websites:
Woodhouse Fire Safety has been providing first-class fire-safety consultancy to large corporations for over 20 years. Our bespoke solutions are cost effective and practicable.

Those kinds of write-ups are becoming tiresome and unconvincing. For extra believability, try talking about an individual:

You will be working with John Smith from Woodhouse Fire Safety. John joined our company straight from university and has progressed through our ranks to become one of our most respected specialists. With over 5 years' experience as a senior consultant to large corporations, John is a personable, straight-talking pragmatist and a good listener. 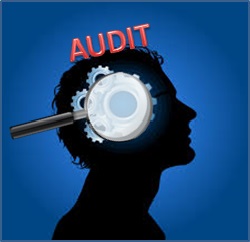 So, are you better than average? There's a fair chance you are. Unfortunately, there's an equal chance you're not. Be careful not to overestimate your abilities. Have confidence, but keep questioning your decisions. Systematic self-auditing is always healthy. A good team of analysts will have learned to systemically review the assumptions that underpin their assessments. It's a healthy process – armed with today's knowledge, it often becomes apparent that yesterday's assumptions were flawed.

Here's a quotation I came across:
"Think of how stupid the average person is and then realise that half of 'em are stupider than that."(George Carlin) 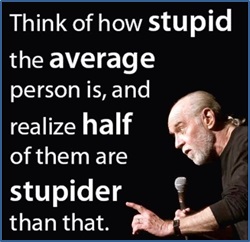 I think it's a safe assumption that George Carlin thinks he's smarter than average. But, is he? Is "stupider" a word? Shouldn't it be "more stupid"? Hasn't he just made himself look a bit stupid by throwing a basic grammar error into a quotation berating others for their intellect? That would be a good example of irony.

But, actually, he hasn't. Stupider is a word. Had I attacked the author for his quote, I would have looked pretty stupid. Luckily, aware that I might be suffering from Better Than Average Bias, I decided to research whether "stupider" was an acceptable alternative of "more stupid." It is. Embarrassment averted.

Summary of Better than Average Bias

If you think someone is placing too much emphasis on their own view (because they think they're better than there are) or is overly praising an average individual, tell them their claim is tainted by Better than Average Bias.
Help Us To Improve
Please tell us using this form