What Is Availability Bias?

In Critical Thinking, Availability Bias is factoring in one prominent example too heavily.

Don't think you'll win an argument with one prominent example. If you try that you might be showing Availability Bias.

An Example of Availability Bias

The vaccines cause blood clots

In early 2021, during the COVID-10 pandemic, news stories about two COVID-19 vaccines (AstraZeneca and the Johnson & Johnson) causing blood clots hit the headlines. By April 2021, there had been 6 reported blood-clot cases from 6.8 million doses of the Johnson & Johnson vaccine and 222 from 34 million AstraZeneca doses. These blood-clotting events (which can occur naturally when an individual's blood platelets are low) were so rare, they were never proven to have been linked to the vaccines.

Nevertheless, the story of the blood clots was easy for people to recall, and, due to Availability Bias, it played far too big a role in how some people assessed the risk of having the vaccine. These stories were in the news before mass vaccinations had taken place, and, at the time, COVID-19 was the leading cause of deaths globally, but still some cited the blood clots as the reason to avoid the vaccine.

At the time of the blood-clot stories, the death rate for COVID-19 was approximately 3%, and the death rate for a blood clot was, using the "worst case" calculation with AstraZeneca, about 0.0001%. In other words, an unvaccinated, infected person was - at least - 30,000 times more likely to die from COVID than from the vaccine (assuming the vaccine caused the clots).

People citing the blood clots as a reason not to have the vaccine was a great example of how Availability Bias can skew decision-making.

Another Example of Availability Bias

She's been smoking since she was nine 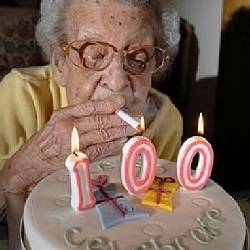 Deciding to continue smoking because you know a smoker who lived to be 100 would be a good example of Availability Bias. In this scenario, the story you can recall plays too big a role in your decision to continue smoking. A review of medical statistics on smokers' health ought to be a far weightier factor in the decision process.

Sufferers of the Availability Bias (and that's most of us) will think that the likelihood of an event is proportional to the ease with which they can recall an example of it happening.

Another Example of Availability Bias

Persuading a flight phobic to get on a plane 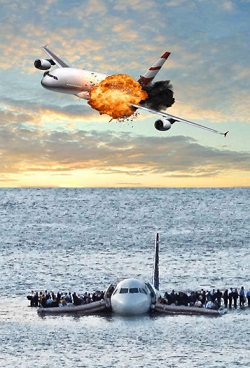 The root of flight phobics' phobias is likely to be how memorable air crashes are. Often, people who are scared of flying cannot control their Availability Bias. As they're able to recall the crash scenes they've seen on films and the news easily, the idea of crashing becomes a far weightier factor in their decision whether to fly.

This is why telling them that at least 66% of passengers survive plane crashes can be a far more comforting statistic for them than saying only 0.0001% of flights crash (actually, instead of "crash," try saying "incidents classified as a crash" to reinforce the 66% survivability).

A Practical Application for Availability Bias

Win an argument using their evidence 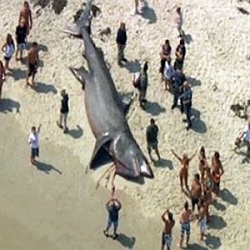 When someone cites a well-known story as an example to support their argument, you can easily and quickly undermine their position by claiming they are showing Availability Bias.

Let's imagine you're contesting someone's claim about great white sharks being prevalent around the United Kingdom.

Them: "Well, what about the great white shark that beached itself in Newquay in the 1960s?"
You: "That's Availability Bias. You can't put too much weight on one well-known story."

Availability Bias is closely related to Attentional Bias. This means you can usually throw Attentional Bias at them too by telling them they're not considering all the times when the event they've highlighted didn't happen (e.g., when smokers didn't live to be 100, when great white sharks were not seen). Just by being aware of these two biases, you can accuse them of two biases using their evidence (and all this without expending too many calories on thinking). Even better, your statistics-flavored "attack" will be difficult for your opponent to counter.

If you think someone is putting too much weight on a story because it comes to mind easily, tell them they are affected by Availability Bias.
Help Us To Improve
Please tell us using this form