What Is Attentional Bias?

In Critical Thinking, Attentional Bias is failing to account for unobserved events.

Don't think what you see is the whole story. You also need to consider the things you don't see, otherwise you're displaying Attentional Bias.

(This is clearly not true, but it seems to be the case. This is because you don't factor in the trains that break down behind you or on a different route, because they don't affect you. The next time you listen to a traffic report on the radio, think about all those traffic jams you're not in.)

An Example of Attentional Bias

That seal with the white neck...again?

Imagine you regularly go sea fishing with your friends, and you tend to see the same seal. You might say:

"That seal with a white neck only appears in this bay when we're fishing." 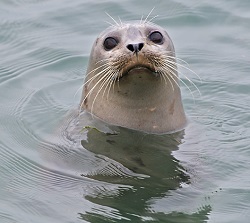 If your friends are Critical Thinking geeks, one would probably attack your observation by saying:

"There are four possible outcomes:

You are only considering Outcome 1. You have ignored Outcome 2, and you don't know Outcomes 3 and 4."

Your friend would be right of course. You had displayed Attentional Bias. You had failed to examine all possible outcomes before making your observation. You were biased towards Outcome 1.

Attentional Bias is related to Confirmation Bias, which is when people shape the evidence (either wittingly or wittingly) to fit their theories.

Another Example of Attentional Bias

You're safer than you think

Your mind is better at processing events rather than non-events, and the news will supply plenty of events for you. To analyse a situation well, you have to train yourself to factor in the events and the non-events, otherwise you have a false context.

A Practical Application for Attentional Bias

Win an argument using their evidence 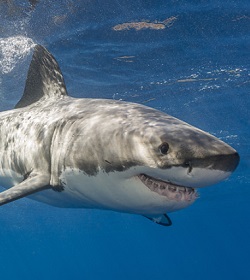 A number of marine biologists believe that great white sharks are prevalent around the United Kingdom, and they often cite a couple of "confirmed" sightings over the past decade as evidence. Now, before you even go down the "they're basking sharks" line and attack the word "confirmed," you can use their own evidence against them. You can say "Using your evidence, there have been 3,648 out of 3,650 days when great white sharks have not been seen. That hardly makes them prevalent."

If he's smart, he'll retort with "you've not accounted for the days when there were great white sharks that weren't seen", but he probably won't, because he'll be new to Attentional Bias, and you'll be racing off with an argument-win under your belt. And that's half the point of understanding biases. It not only allows you to dissect an argument, it also gives you credible words to say which are more effective in undermining your opponent.

It will be difficult for your opponent to counter your accusation of Attentional Bias because the accusation is usually factual (i.e., those other non-events really do need to be considered to give the statistics context).

If you think someone is not considering all the possible outcomes of a situation when making a decision, tell them their thinking is affected by Attentional Bias.
Help Us To Improve
Please tell us using this form