Don't get fixated on one piece of information when making a decision. If you do, you're anchoring.

An Example of Anchoring:

How many countries are there in Africa?

On a business analysis course, the class was split into two groups, and each group was presented with two questions: 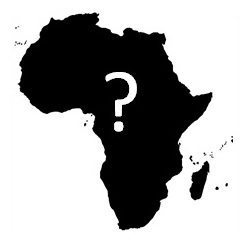 In fact, there are 54 countries in Africa, but those in Group A never got anywhere near the answer. This is because most British people have no idea how many countries there are in Africa, and the groups became anchored to the number in the first question. On average over a two-year period, the Group As thought there were 27 countries in Africa, whereas the Group Bs thought there were 51. Week in week out and without fail, each group's decision was affected by the anchor. It was a simple lesson, but it stuck.

Ensure your customers are happy with your bad service

Setting an anchor is easy. Airlines do it all the time to sugar the pill of a cancelled flight. For example, if your 10 a.m. flight is cancelled, they will quickly promise you a seat on the 4 p.m. flight. Once they've set that anchor (and your expectation), they will try to book you on an earlier flight. When you get a call an hour later saying you're on the 2 p.m. flight, you feel looked after and happy with the airline.

If they'd just bumped you from the 10 a.m. flight to the 2 p.m. flight, you'd have been disgusted with them. That's the value of their 4 p.m. anchor to them. It cost them nothing to establish that anchor, but it just moved your tick on their customer-service questionnaire from "1: Not At All satisfied" to "5: Extremely Satisfied".

Clearly, this is a tactic you can employ in a thousand contexts to win favour. Simply establish an anchor beyond what you know you can deliver, and then surprise everybody with your efficiency when you overachieve. Retailers do it all the time with the old "was Ł7 now Ł5". Setting the anchor is free. It's a mind game.

Imagine this. You go to buy a car advertised for Ł10,000 and offer Ł5,000. The seller accepts your offer immediately and seals the deal with a handshake. You'd drive away from that deal wondering what was wrong with the car you've just bought. You'd wish you'd said Ł4,000. This would happen because the Ł10,000 anchor was destroyed by the seller's immediate acceptance. As a result, you now don't have an anchor, and you don't really know what to think about your purchase. You would actually drive off happier if you haggled like a Moroccan market-stall owner and got the car for Ł8,500, because you'd be making a comparison with the Ł10,000 anchor. You'd be Ł3,500 worse off, but happier. That's the power of an anchor. People like to create anchors when making decisions, because anchors provide a fixed point against which comparisons can be made.

"I need to hold on to something… anything!"

A version of this experiment features in Dan Ariely's book Predictably Irrational. You should try this with your mates. It's fascinating. 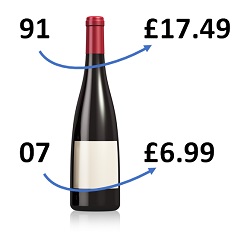 This occurs because people do not like to make decisions in a vacuum. So, when you describe the wine, doctor your description to ensure you do not say the year or something else that will give them a clue as to the value. If you do, their brains will anchor to that information immediately and make a comparison with some wine they've bought with a similar trait. In other words, try to give them no anchor whatsoever and then watch them anchor to (i.e., be influenced by) the random number.

Use anchoring to ensure a bargain

Car boot sales are a great place to use anchoring to attain a bargain. Quite often at these places, a seller will present the contents of his house on a table without having done any real research to determine the value of his wares. Of course, he'll probably know the age and how much he paid for each item, but that is likely to be his only anchor in determining the price. The great thing about anchoring is that you can override weaker anchors and make the decision-maker adopt your anchor. A quick comment, which is loud enough to be heard by the stall owner, to whomever you're with, will usually do the trick. Just say something like "Oh, my auntie bought one of these last week for Ł15 to put in her kitchen", and you will have set a strong anchor. You'll soon be negotiating around the Ł15 mark.

Do not forget the influence of a "blurt" over those who don't fully understand anchoring. A blurted offer of 80K for a 100K apartment is likely to get a "no, 90K" response. An opening offer of 95K is likely to get a "no, 98K" response. I really doubt I'm telling you anything new. But, now that you fully understand anchoring, you can attack a seller with a conscious blurt and snub a blurting buyer with more confidence. So, an "80K" blurt to you will now get a "98K" response not a "90K" response.

If you think someone is putting too much emphasis on a particular fact or using an arbitrary value as a reference point, tell them they are anchoring.
Help Us To Improve
Please tell us using this form