An Example of the Broken Biscuit Effect

We're getting our taxes back, innit? 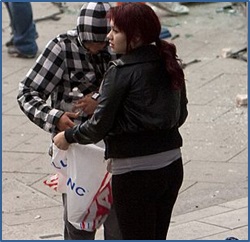 The first two weeks in August 2011 saw the worst rioting in London for a generation, with running street battles, widespread looting, and buildings, cars and buses being set alight. When Sky News reporter Mark Stone stopped two 16-year-old girls coming out of an electrical store with a handful of looted electronic gadgets, he asked "Why are you doing this?" They answered "We're getting our taxes back."

To me, the girls didn't really look like employed types (based on age), but, on the assumption they were, why did they think they were owed a return of tax? Two other girls of a similar age answered the same question with "It's the government's fault. It's the conservatives. Conservatives? Er, whatever. It's the government, innit?" Another answered, "I don't know, but it's good though."

Well, at the least the last answer was rational. The other two answers (taxes and government) were examples of the Broken Biscuit Effect. This was people making up irrational justifications to do exactly what they wanted to do.

A Practical Application of the Broken Biscuit Effect 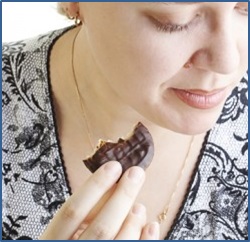 If you're aware that you're tricking yourself, it will strengthen your resolve to counter it. I'm not saying it's 100% effective. I mean, I have no broken biscuits or cakes nearing their sell-by dates in my fridge. They're all scoffed. But I probably had more of a mental tussle with myself than most people would before I did the deed.

Besides, my two Jack Russells love broken biscuits and just-in-date cakes. Crikey, that might be the Broken Biscuit Effect by proxy.